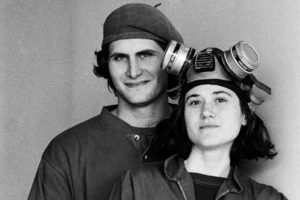 Speakeasy’s story begins like so many other epic tales: Two brothers drive from western Montana to Seattle in a truck full of 2x4s. These three units of plain lumber would ultimately transform an old storage warehouse in Seattle’s Belltown district into one of the world’s first Internet cafes.

In the fall of 1994, the Internet was primarily the domain of academics and the extraordinarily technically savvy; your grandmother wasn’t forwarding you chain emails yet, and newspapers were running stories on how to navigate a website.

It was cost-prohibitive for many people to own the required equipment and pay for connectivity at home, and Mike, Gretchen and Tyler Apgar wanted to provide The People with easy access to the World Wide Web.

With just $50k to turn an empty warehouse into a fully-functioning business, and a crew that wasn’t afraid to get their hands dirty -- they learned how to install plumbing, drilled through concrete to lay the first T1 line, and built furniture from scratch using reclaimed wood -- the team carved the singular Speakeasy Cafe out of so much cement and lumber.

While there were a handful of other Internet cafes around the world at the time, the Speakeasy was unique in that it combined the burgeoning activity of the Internet with live music, an art gallery, avant garde film programs and theater performances.

Not only was it an Internet vanguard, it was exceptional in that it merged art, culture, technology and community into a lively, quirky and welcoming neighborhood living room. 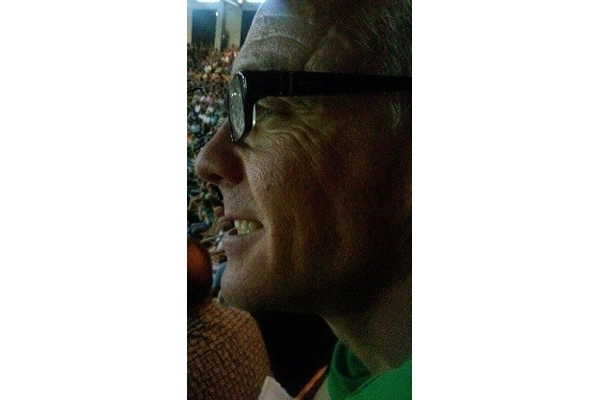 Let’s Put on a Show!

2
In September of 1994, my childhood friend, whom I knew as Gretchen Hage, came over to my Alki
Read More 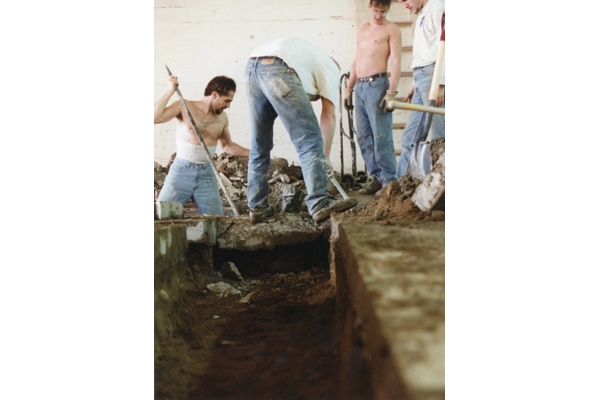 0
I literally began at Speakeasy digging ditches, when I wasn’t trying to get my ‘Internet in a
Read More 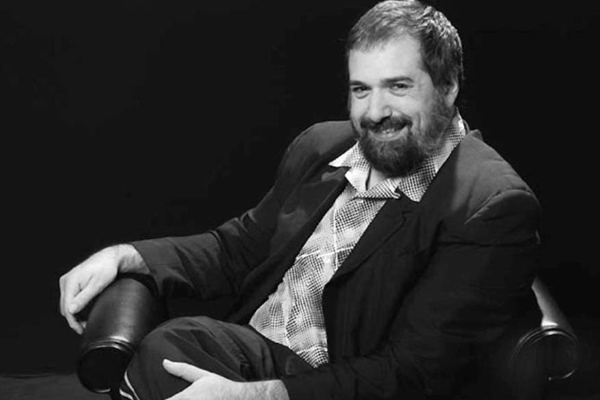 0
I started hanging out there during the construction. Eventually, I decided Speakeasy needed
Read More 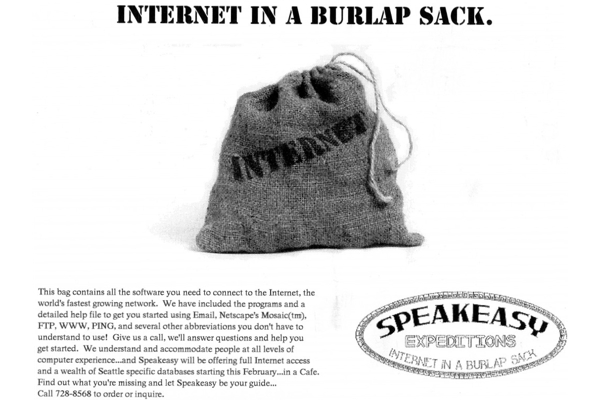 Internet in a Burlap Sack

0
I was never paid, but got free coffee and colocation for my Linux web server. I also donated the
Read More 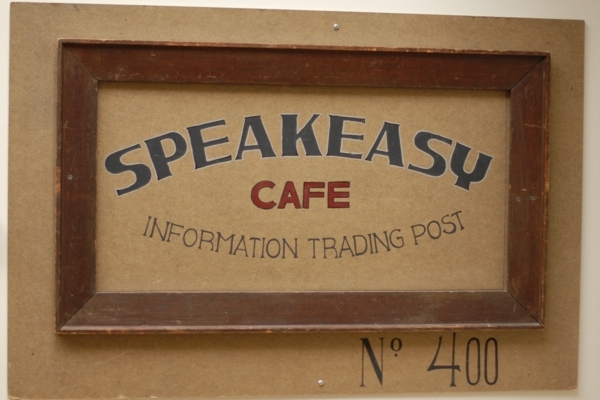 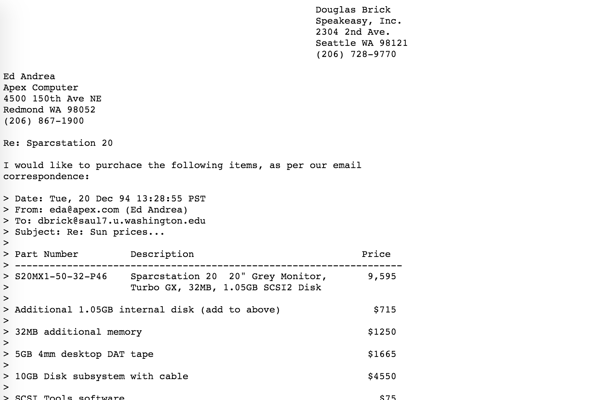