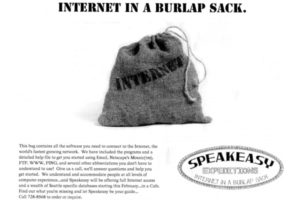 I was never paid, but got free coffee and colocation for my scene.com Linux web server. I donated the original rack of modems, which served the RAIN terminal network and hosted the first Speakeasy dial up service. Later, I also got AT&T Wireless to donate a bunch of used racks to the expanding data center.

I worked on several projects, including: Blues to Dos, Art Access, the Internet for Educators video project, helped with RAIN machine installs and service, helped create and launch the Internet in a Burlap Sack product, mentored lots and lots of people about the Internet, and provided general consulting. I also hosted a live streaming music event with musicscene.com.