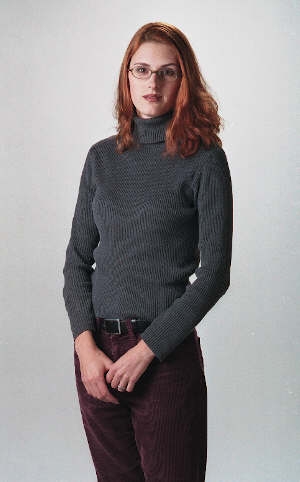 I loved my early days working weekend nights at the Speakeasy Cafe, behind the bar in a packed house. It was always challenging to roll kegs from way down the hall when humans were standing in the way. People came for great bands like Kultur Shock and The Tom Marriott Quartet. Performances in The Backroom also brought in crowds, because being able to drink alcohol and watch live theater was novel at the time.

The reactions to the price of coffee (organic was also novel) vacillated between amusing and annoying. Tim Rounds’ go-to response about the beans being picked by virgins under a full moon was classic!

The job was loud, sweaty, fast-paced and generally full of laughter. The quiet that fell after closing made a stark contrast. The pace wouldn’t slow by too much as there was still lots to do, but I could always count on Tim to open a bubbly beverage and light a smoke before starting to count the till. Paul Ruiz was often on Netdesk those nights and his own personal brand of snark was on full display. The flip side was that he gave me the occasional ballroom dancing lesson after hours! I loved the many different co-workers with vastly different skill sets and personalities, cafe & computers, all working side by side.