The Birth of Ookla 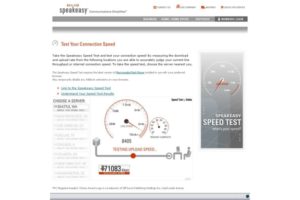 In early 2006, Mike Apgar decided it was time to make the move and leave Speakeasy, spinning off a new company called Ookla.

Initially developed as a tool to measure service delivery and used to audit Speakeasy's vendors, Speedtest provide to be a rather lucrative and meaningful product. Licensed to other ISPs around the world, the tool became the gold standard in internet measurement and metrics.

Since Gretchen had left in 2004, Mike's departure left only Tyler as the final original founder still employed by Speakeasy.

4
After more than a decade developing Speakeasy from nothing into something, Mike Apgar was ready
Read More