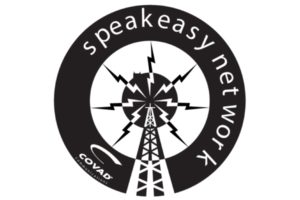 US West and GTE aren’t the only game in town any more when it comes to providing high-speed Internet access over standard telephone lines.

Joining the party is Covad Communications, a California-based company that plans to announce its partnership Monday with a number of local Internet service providers to offer digital-subscriber-line (DSL) service. DSL provides always-on Internet connections for residential and business customers that may be up to 30 times faster than conventional dial-up modems.

Spokespersons for both US West and GTE, which have been offering DSL since last summer, yesterday officially welcomed Covad to the Puget Sound area’s playing field.

But Glenn Blackmon, assistant director of the state Utilities and Transportation Commission, said the agency had to do some “smoothing over,” particularly with US West, to enable Covad to lease US West equipment to get its network up and running.

A source close to the talks between Covad and US West who didn’t want to be identified described the negotiations this way: “Instead of climbing their (US West’s) regular mountain, it was two mountains.”

Covad, which also offers DSL service in San Francisco, Los Angeles, Boston, New York and Washington, D.C., said it will offer the technology over a wider area in the greater Puget Sound area than either GTE or US West. By June, Covad expects its service to be available to more than 1.5 million homes and businesses, according to Joe Caston, vice president of sales for the Northwest.

Covad’s DSL service is distinguishable from US West and GTE in several significant ways. One is that it offers a form of DSL at speeds of up to 144 kilobits a second in an area up to 50,000 feet from the central office where its hardware is installed. That compares with about a 15,000 feet limit for GTE and US West.

Second, unlike DSL provided by US West and GTE, Covad does not offer voice traffic on top of its data service, meaning customers would require a second line for DSL. This hitch will probably make no difference to business customers and to high-end residential surfers who already have a second line.

Caston said Covad would price its different levels of DSL aggressively, but added that its direct customers are Internet service providers, or ISPs (see http:/www.covad.com/getdsl for a list). It will be up to the ISPs to set prices. Caston noted that Covad is primarily targeting small and medium-size businesses.

Even so, Mike Apgar, president of Speakeasy, the Internet cafe and service provider, said its only DSL customers to date are residential. In fact, Speakeasy, which has teamed up with Covad, is offering a low-end form of DSL that appears to be the cheapest currently on the market: $49.95 a month at maximum download speeds of 96K, including Internet access fees. There’s no additional charge for hardware, but there is a $299 set-up fee.

Carl Markley, manager of customer services at Seanet, another Seattle-based ISP that plans to market Covad DSL, thinks Covad’s terms of service may well prove more appealing to businesses than US West or GTE.

The reason: Covad is running a new network dedicated exclusively to DSL customers who will not have to fight for bandwidth with other high-speed Internet customers who may have higher priority. In addition, for its business-class customers, Covad is guaranteeing network access and speeds, and agreeing to pay penalties to customers if it stumbles.