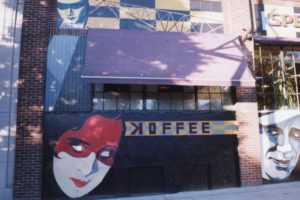 One of my favorite memories was when I was still CS and on the phones.

It was so offensive, I asked Jesse Harris (who was my AS at the time) if he would take the call and act stupid to fight the fight against misogyny. He totally did, it was so funny!

Then the customer got pissed and asked for a supervisor. We sent him to Steffie who was in the NOC at the time but took the call because of how extremely technical she is and had the ability to completely solve this guy’s issue while talking over his head.

Anyway, we did our part that day to show this customer the error of his ways. Steffie solved his problem very quickly and the customer learned that women are just as capable as men when it comes to technology.