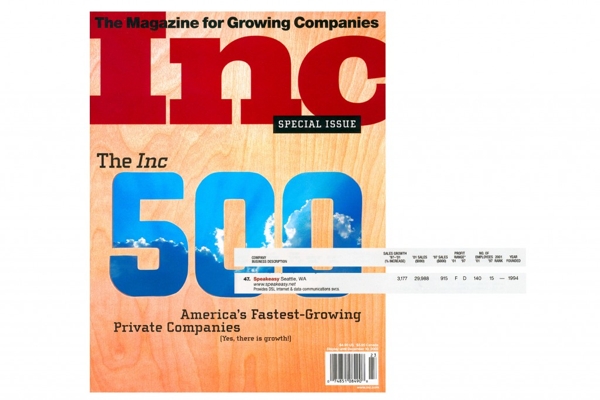 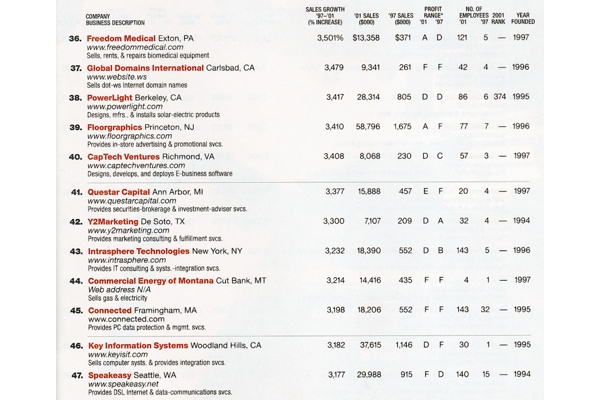 List keeping on private companies. Inc magazine has come out with its annual list of the 500 fastest-growing private companies in the U.S. Six companies from this area made the 2001 list of financial fitness in a fitful economy. Inc said the average five-year growth rate of companies on the list was 1,933 percent — the highest since 1996.