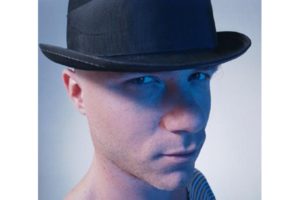 As a technical dunce, I don’t know how I would’ve made the transition to the Internet age if it hadn’t been for the Speakeasy. I mean, everyone else did it, so I suppose I would’ve found a way. Still, the Speakeasy served as a nice, warm technological amniotic sack for me to float in while I was waiting to be born into the twenty-first century as a mildly computer literate citizen.

I was able to build computers out of junk from the network closets, learn rudimentary HTML and sort of write a blog that I probably should’ve focused much more on.

That network of people generated a lot crazy art projects, street theater and general good times & mayhem. I’m still connected to many of the people in that network and they continue to enrich my life to this day.

Professionally, my experience as manager has certainly given me more sympathy for my bosses than I ever had before. On the down side, the Apgars created a standard that no one’s been able to match since. In terms of overall vision, genuine humanity, and a perfect balance of free-for-all experimental attitude and the competence to make it work, I haven’t seen anything even close since then. It makes the professional environments I’ve been in since then seem like kind of a let down.