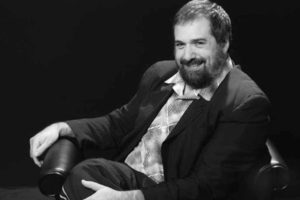 One of my favorite Speakeasy memories is the Belltown Killer game that we played as a neighborhood. It was a version of the “Assassin Game”, made popular by high school and college students throughout the world, committed to paper in 1982 by Steve Jackson (who coined the name “Killer” for it) and featured notably in the 1985 film Gotcha.

Belltown Killer was organized by myself and Adrienne Dailey. The participants (around 30 in the first run) were mostly members of Speakeasy, but other Belltown denizens were also playing.

Participants supplied the game masters with specially photo-shopped ‘agent’ pictures, which were distributed randomly among the players. The killing method was by water, and the typical weapon was a water pistol, though water balloons and even water-laden booby traps were used during the two or three runs of the game. When someone was killed, their killer would assume the target that their victim was holding, and the last person standing was declared the winner.

I remember there were many feats of derring-do and great tales of action, but being the organizer, I didn’t see most of them. I do remember that there was great enthusiasm and fun.