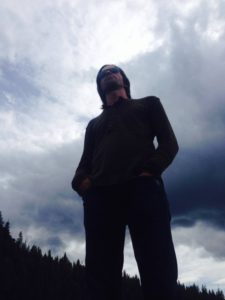 I was hired on as a technical support representative, but I was then quickly transitioned into building our servers, and setting up workstations desks while working facilities with Tyler Apgar. From there I joined the ranks of the Engineering team full time, managing our Windows hosting, Windows Enterprise network, designing and personally building all of our servers, building POPs, and our technology procurement. My official title for the 6 years I spent at Speakeasy was the Hardware Hoochie and System Salvationist — although I have to put ‘Hardware Lead’ on my resume.

In the early days, with so few employees, we were all required to wear many hats and take on different roles. I remember one afternoon taking support calls while building a new server at the same time. I had a young boy on the end of the line, who had nothing but problems using his DSL. We knew his line was fine and should have been performing well, but he was unable to use it.

While I knew it was a hardware or operating system problem, and not exactly the fault of our service, I couldn’t help but go the extra mile for him. After walking him through reinstalling windows, and not having that work, the only thing I was left with was reseating his network card. Keep in mind that I am bent over a server the whole time, with screwdriver in hand, installing components. I happily walked him through opening his computer and locating his network card, and instructed him to remove it. It wouldn’t budge for him. I knew all he needed was a little leverage, so I instructed him to put his foot on the side of the case to help pull it out. He put the phone down, and with a loud pop he came back to the phone and told me ‘That did it!’